fhána is a 4-member Japanese pop band consisting of Junichi Sato (composition, keyboards, vocals, leader) kevin mitsunaga (composition, sampler, metallophone), yuxuki waga(composition, guitar) and vocalist towana (Vocals, Lyrics). With numerous hit singles from anime theme series, fhána has created a strong following both internally and internationally. The group made their major debut in August 2013 with “Que Sera Sera”, which was the ending song for the anime “Uchoten Kazoku (The Eccectric Family)”. The year after, fhána was elected for “iTunes NEW ARTISTS 2014″, in the brightest newcomer category, and released their first album "Outside of Melancholy" which charted at No 8 in the National charts. They have released 16 animation theme tracks, notably “Aozora no Rhapsody” (released January 2017), the theme track for “Miss Kobayashi’s Dragon Maid”, which received more than 44 million views on YouTube. Their most recent theme track was “Aino Supreme”, released on July 14 2021, which was the opening theme for anime “Miss Kobayashi’s Dragon Maid S”.

The band has been actively performing live not only in Japan but also overseas, participating in various festivals such as the world-famous 「Animelo Summer Live」（largest anime song festival） which Sato, the leader of the band had also created the theme song for. They have participated in International festivals in Shanghai, Singapore, Manila, Montreal, Chicago, Hong Kong, Jakarta, Taiwan, Kuala Lumpur, etc. In addition to their band activities, each member is involved in a wide variety of other activities, including providing music to other artists, producing, DJing, and writing. While the band have many anison related singles, they also have performed at Rock festivals as well, transcending genre barriers and national borders.

fhána is now gearing up for their 4th album release, slated for April 27 available worldwide. The long-awaited 4th album of fhána is titled "Cipher," a song created in 2010 on the eve of the band's formation, and is an epic work of approx. 75 minutes with two chapters, Act 1 and Act 2. 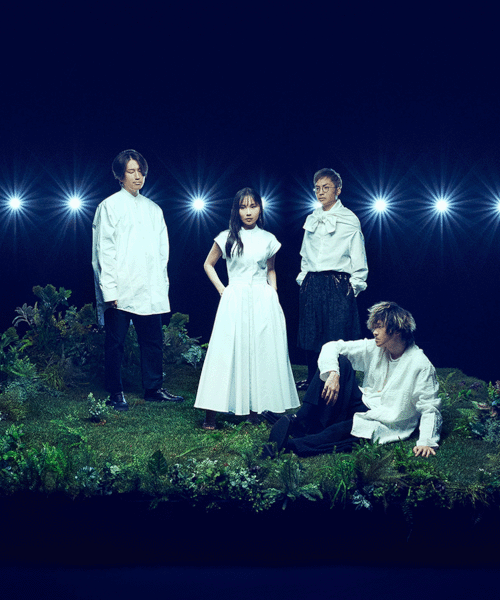