BACK-ON, consisting of KENJI03 (Vo / Gt) and TEEDA (MC), formed in 2002 and made their major debut in 2005. Their catchy music and high-energy live performances have earned them accolades not only in Japan but all over the world.

They have created numerous anime and game opening themes, such as the Tales of the World: Radiant Mythology 2 opening theme, "fly away,” Air Gear opening theme, "Chain,” Murder Princess opening theme "Hikari Sasuhou (fk Metal ver.),” and Eyeshield 21’s "Blaze Line.” They have also written ending themes for both anime and TV shows, including "flower" and "a day dreaming..." for Eyeshield 21, and "Butterfly" for the late-night TV drama Shinjuku Swan, "Sands of Time" for the mobile robot TV drama Keitai Sousakan 7, and "Strike Back" for the anime series Fairy Tail. 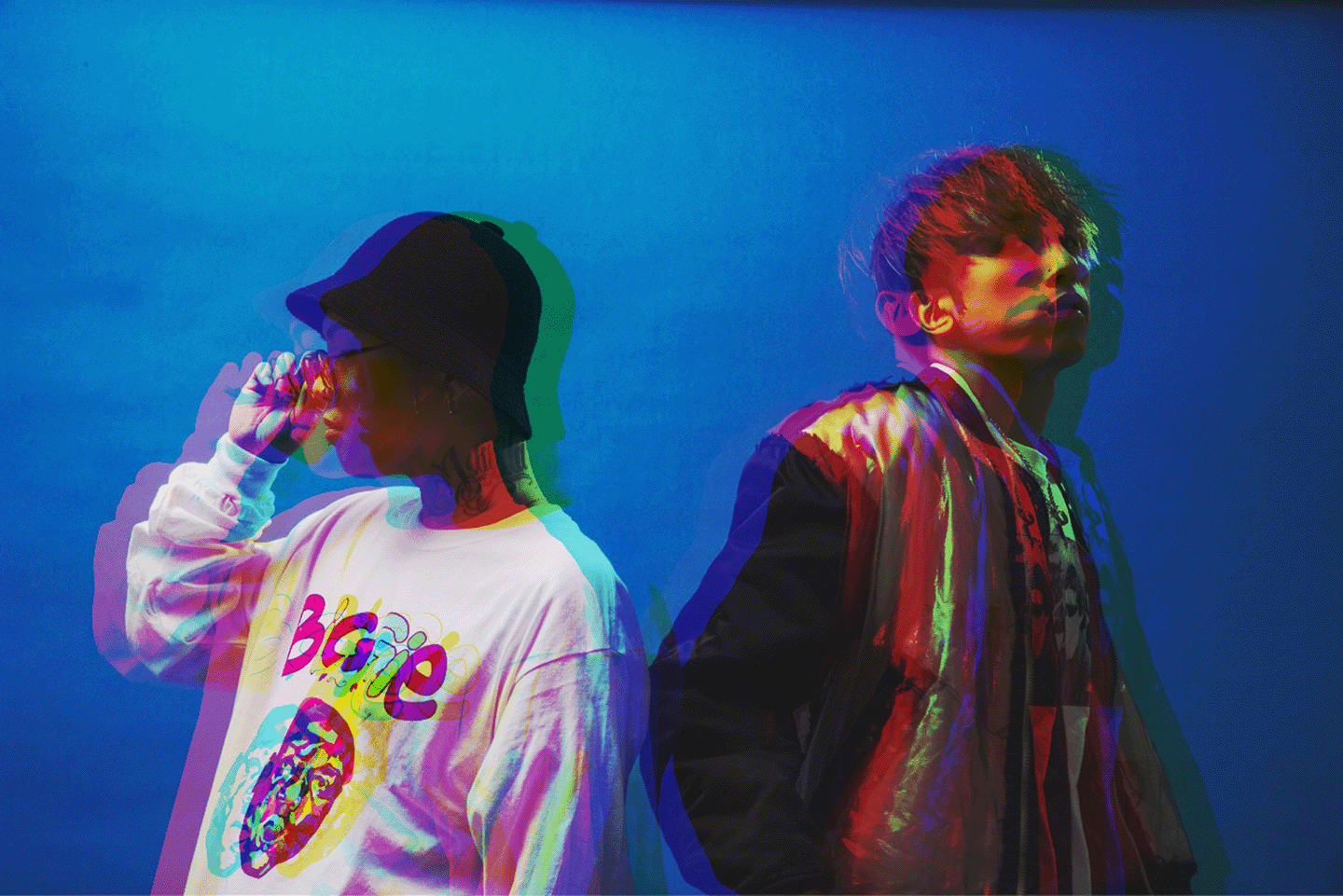